The full slate for the 2011 Toronto International Film Festival, running September 8-18, has been announced! IFP is excited to share that six of its alumni projects have been selected for this year's festival.

The titles below, listed by festival section and IFP program:

For the full schedule and to purchase tickets, click here.

Congratulations to all of this year's selections!

Posted by John Sylva at 2:38 PM No comments:

YELLING TO THE SKY screening Thursday 8/25 at the Walter Reade Theater, Lincoln Center

IFP Narrative Independent Filmmaker Labs alum Yelling to the Sky will be screened Thursday, August 25 at 7:00PM at the Walter Reade Theater at Lincoln Center in New York as part of the ongoing ImageNation screening series. 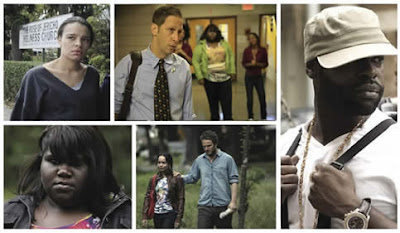 Starring Zoe Kravitz, in her first lead role, Yelling to the Sky tells the story of Sweetness O'Hara, a 17-year-old girl who is left to fend for herself as her family falls apart, in a neighborhood where her survival is uncertain. This coming-of-age film also features Gabourey Sidibe, Jason Clarke, Tariq Trotter (Black Thought of The Roots), Tim Blake Nelson, Jason Clarke, Antonique Smith, Marc John Jefferies, and Shareeka Epps. It premiered, in competition, at the Berlin International Film Festival.

The screening will be followed by a conversation and Q&A with writer/director/producer Victoria Mahoney and Academy Award® nominee Gabourey Sidibe (Precious).

For more information and to purchase tickets: http://www.filmlinc.com/films/series/imagenation-yelling-to-the-sky
Posted by Independent Filmmaker Project at 2:26 PM No comments: 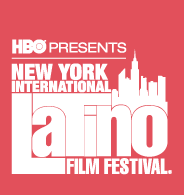 To be Heard
(Spotlight on Documentaries)

Yelling to the Sky
(Narrative Labs)

Congratulations, alumni!
Posted by Independent Filmmaker Project at 11:43 AM No comments:

Coming to a Theater near Me! 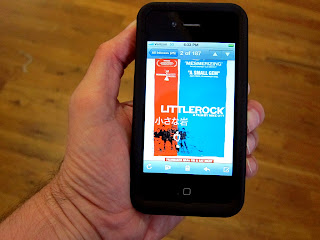 I'm so excited - Mike Ott's Gotham Award-winning Littlerock finally opens this Friday in New York at Cinema Village, screening daily at 3:00 pm and 7:10 pm. Mike and co-writer and star Atsuko Okatsuka will hold Q&A's following the 7:10 screenings on Friday and Saturday. The Gotham Award package included this Cinema Village run and a distribution support grant of $15,000 from RBC Capital Markets, so the film will be opening also in LA, San Francisco, Boston, Chicago, and Denver throughout September. After winning the Gotham Award (and playing 20+ festivals internationally), Mike also won the 2011 Someone to Watch Award at the Independent Spirit Awards. Thanks to a grant for the San Francisco Film Society, Mike has already shot his next film, Teenage Wasteland, also starring Atsuko and Littlerock's Cory Zachariah. I encourage you all to check out Littlerock this weekend!

IFP is proud to share its alumni projects screeing during the 2011 edition of NewFest, NYC's LGBT Film Festival, happening now through Thursday, July 28.

For a full schedule, to learn more about these titles, and to purchase screening tickets, please visit NewFest's official website: http://www.newfest.org

IFP Alumni at the Primetime Emmys and the News & Documentary Emmys


A huge congratulations to all of this year's very deserving nominees!
Posted by Independent Filmmaker Project at 3:08 PM No comments:

Big news for IFP alumni this week as Sundance Film Festival announces their slate. IFP is proud to have been a part of these films’ processes, from scripts and rough cuts at Independent Film Week, and through finishing and distribution with the Independent Filmmaker Labs.

Premiering in the US Documentary Competition are Crime After Crime, Hot Coffee and If A Tree Falls.

Restless City (pictured) premieres in the NEXT Competition, festival favorite Incendies shows in Spotlight, and Granito and Those Amazing Shadows are in Documentary Premieres.

"I heart IFP because they were one of the first organizations to see promise in Pariah and in Dee [Rees, director] and I. We were so amazed because after the IFP Market ended in 2007, I thought, "well that's it, we're on our own again," but now looking back, that was just the beginning. Amy [Dotson] and team have been our constant champions, opening doors and giving counsel as we labored to get this film made. We're so grateful and excited to share this premiere with the IFP team." says Nekisa Cooper, producer of Pariah, which is an alumnus of Emerging Narrative 2007 and Narrative Lab 2010.

Says Kinyarwanda director Alrick Brown of his experience in the 2010 Independent Filmmaker Labs “[IFP are] goddesses on the hero’s journey. Thank you for the swords and the shields.”

Rashaad Ernesto Green, writer/director of Gun Hill Road said "Through IFP's No Borders, we met with festival programmers and industry professionals who became aware and excited about our feature film Gun Hill Road. We were able to establish relationships with many talented filmmakers and top executives that we may otherwise never have met. It was the beginning of a wonderful journey. Thank you, IFP, for the continued support. We look forward to returning the favor some day!"

You can read the full slate of projects over at Filmmaker Magazine.

Posted by Rose Vincelli at 5:05 PM No comments:

You've read about our week, now take the opportunity to join

the nation's oldest and largest organization of independent filmmakers, and also the premier advocate for them.